It’s 2017 and women’s bodies are still offending people. This is getting really old. A woman has the right to cover up her body and she has just as much of the right to show it off. We can have sex or we can choose not to. That is no one else’s business.

Men post pictures of their bulges and abs all over social media. Not a problem. Men can send unsolicited pictures to women. Not a problem. But as soon as a girl posts a picture showing off her body, there’s a problem. I always hear this word “self respect”. If a woman shows off her body then that means she has no self respect. That’s not true at all. The word is pretty self-explanatory. It means you have respect for yourself. You can’t judge self-respect by a picture. But if that was the case, men who take half naked pictures and dick pics also have no self respect. If you’re gonna shame the women for posting pictures, shame the guys in the comments thirsting after them. Sometimes they’re the same ones bashing those women.

A woman showing off her body does not mean she’s asking for it. Not only is that victim blaming, that’s just a creepy thing to say. The way a woman’s dressed justifies her being harassed or raped? You have no right to anyone’s body no matter what they’re wearing. 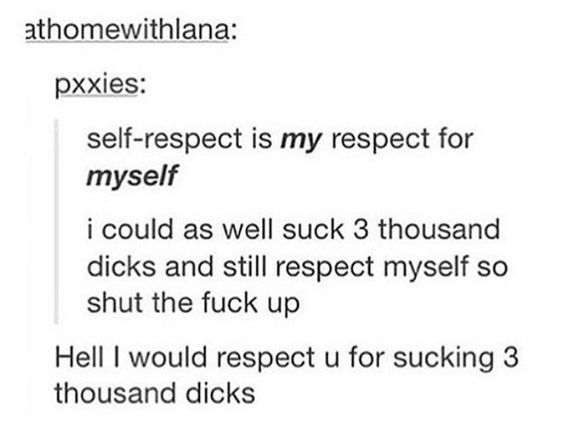 We assume when a woman’s half naked it means she wants attention. I mean most people want attention. No one wants to be ignored. Anyone who posts pictures on social media clearly wants to be seen. That’s kind of the point of social media. So why do we shame those women for something everyone in social media does?

What’s up with some dudes shaming women for having sex? There are even guys that will shame a woman for having sex with them. What sense does that make? You want women to have sex with you but you want to bash them after they do it? There are even men out there who want a woman who’s a virgin while they sleep with whoever they choose. Also guys, stop expecting women to be virgins and experts at sex at the same time. And the whole “exposing” women for having sex is not only immature and cruel, it is a crime. You can end up on the sex offender’s list for that.

Stop shaming women like Cardi B and Nicki Minaj who aren’t afraid to express their sexuality. Stop pressuring them to be “good role models” while rappers like Kodak Black and XXXTentacion are never called out.  Stop shaming sex workers for doing what they can to make a living. Especially if you’re not going to shame the men that keep their business thriving. And if you’re one of those men, you definitely have no right to shame them. 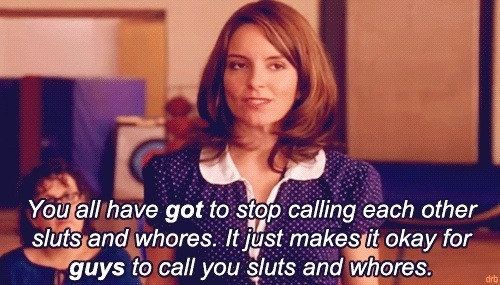 Don’t even get me started on the women who participate in slut shaming. Bashing other women gets us nowhere as a whole. What works for one woman, might not work for the other woman. We are all different and we need to support each other instead of tearing each other down. 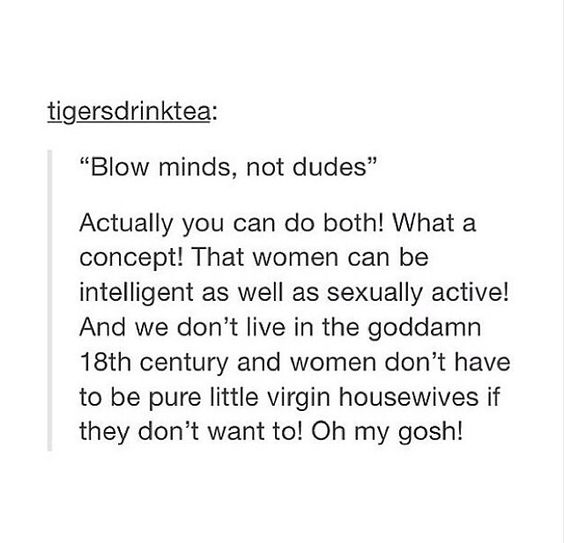 The point of this post was that slut shaming is annoying and it makes no sense. Women are shamed for not showing enough and not wanting to have sex. Then women are shamed for having sex and showing “too much”. It’s misogyny and it needs to die.