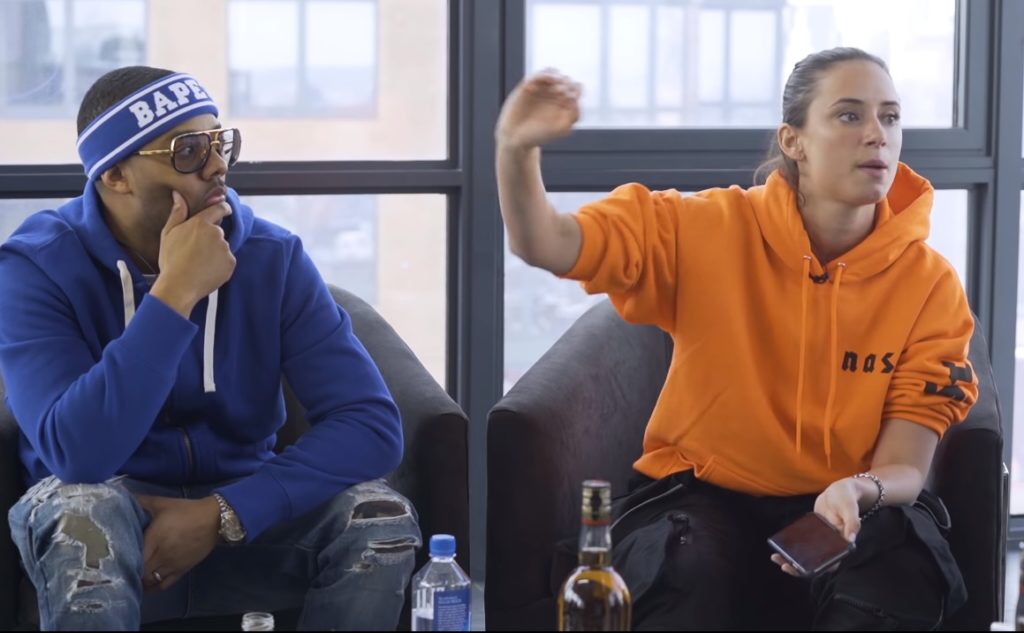 (Disclaimer: This isn’t an attack on Black men. I’m calling out the ignorant Black men who allow this. If it doesn’t apply, let it fly. If you don’t like what I’m saying, then call these men out.)

Non-Black women have been able to use their “exotic” appeal as their way into Black culture for awhile now. First it was J. Lo, then it was the Kardashians and Miley. Now it’s girls like No Julez, Bhad Babie, and even a blatant racist like Tomi Lahren. It doesn’t take much for a non-Black woman to profit from Black people. They thrive from the Black community’s self hate, Black men especially. These women see the way some Black men put non-Black women on a pedestal and they take advantage of this. It’s too easy.

No Julez is some kind of concert promoter? I actually don’t know what she is. I’m not interested either. Her claim to fame is hanging around a lot of famous Black men like Lebron James and Kanye West. She has white girl’d her way into hip hop culture while also depending on our outrage for clout. She does get a pass from the Black men who love her though. This is why she feels comfortable bashing Black women because her fan base is Black men. Just watch the videos of the Black men surrounding her as she raps about cultural appropriation and Black on Black crime. She knows that her whiteness is valued and she can do whatever she wants because of this.

Tomi Lahren was not well known by the Black community until Black men like Charlemagne Tha God gave her a platform. Trevor Noah, after debating her racist views on his show, sent her cupcakes and took her out to dinner. I’ve seen plenty of Black men on social media talk about how attractive she was, despite the way she views Black people. All it takes is whiteness or proximity to whiteness and the self respect falls out the window.

I’ve seen Black women go hard for culture vultures like the Kardashians and No Julez. Full stop. You gain nothing from it. These women are using the aesthetic created by Black women and profiting from it simply because they are not Black women. And they know this. It is strategic. Don’t even get me started with the women who hang around them and enable them. Deep sigh.

Non-Black women are literally building their careers off the backs of Black men who love “foreign” women. They’re exploiting the culture and these men see it as flattering. Every time I see a culture vulture there is a Black man right alongside her enabling it. Our culture is being toyed with just so these Black men can be next to an “exotic” women and it’s embarrassing. Date whoever you want but don’t sacrifice our heritage for it.