“Niggerfishing” is the art of white women portraying themselves as Black women or racially ambiguous women on social media. It’s like “catfishing”, which means to portray yourself as a completely different person online. White women on Instagram spray tan their skin outrageously dark, overline or inject their lips, and rock cornrows on Instagram for that “exotic” appeal. It is both ridiculous and offensive.

As we all know, whiteness is idolized and held as a standard of beauty in western society. Actually, because of white supremacy, whiteness is seen as a standard of beauty worldwide. Blackness has never been a beauty standard in society. The media has brainwashed so many Black people into hating everything about their blackness. The aesthetic of Black women has been bashed for years until non-Black women started co-opting it. To see these white women on Instagram rock Blackface as their new fashion trend bothers me. It is one thing for them to appropriate Black culture but is a whole other level of disrespectful to wear Black features or “ethnic” features like a mask. 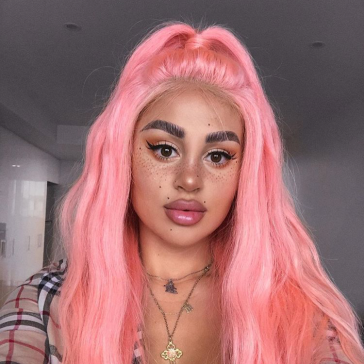 According to the people who defend “Niggerfishing”, it isn’t offensive because these women are not trying to be malicious. Apparently, it isn’t blackface if isn’t a caricature of Black people either. Neither of these are true. It doesn’t matter if these women are being malicious or not. They are using blackness as a costume. The girls can try on Blackness and they can also take it off whenever they choose like changing an outfit. They do not face the oppression that Black people face in society, globally. What they are doing is Blackface. They are painting their skin darker to resemble and exaggerating their features to resemble Black or ethnic women. Minstrel show performers did the exact same thing, maybe with different purposes.

This trend of “Niggerfishing” is not harmless. It furthers white people’s obsession with wearing Blackness as a costume. It went from appropriating Black culture to full blown portraying themselves as Black people for social media fame. They want the fun of Black cultures and ethnic looks, but not the injustices that come with it. There are Black people who spent years learning to love their Black looks because of what White supremacy has taught us and for white women to now use Black skin and ethnic features as a trend is disgusting.